If you stand at the corner of 24th and Mission in San Francisco and listen closely you can hear its heart beat. Its rhythm echoes from the windows of Dance Brigade’s Dance Mission Theater (DMT). You hear it in the laughter of children dancing and youth bustling. The beat intensifies as you walk up DMT’s stairs with Japanese Taiko drumming and the colorful rhythms of dances from the African Diaspora: Cuban, Haitian, Brazilian, West African. Or maybe, it’s that Vogue and Tone. 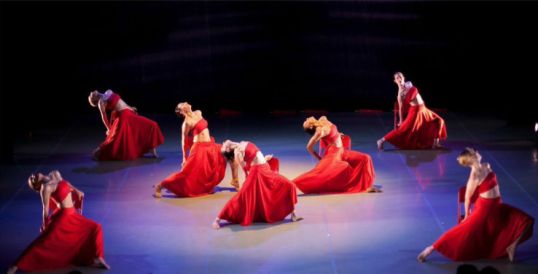 Various communities overlap inter-culturally and inter-generationally in this space— drawn together by performances, festivals, and dance that’s accessible to everyone. People hang out in the halls or enjoy the Mission’s warmth on the fire escape. Even when classes have ended for the evening, their brilliant fire stays lit during the booming late night rehearsals of Ramón Ramos Alayo’s Alayo Dance Company or Allan Frias’ Mind Over Matter.

In the interviews on the following pages, DMT’s Krissy Keefer, artistic director of Dance Brigade and Grrrl Brigade, and Stella Adelman, theater/adult program manager, voice their opinions about the current social and economic conditions in San Francisco’s Mission district and DMT’s commitment to its vibrant community at the intersection of arts and politics.

In 1984, Keefer founded Dance Brigade, a high-powered social justice feminist, multicultural dance/theater company. In 1998, Dance Brigade opened the 140-seat Dance Mission Theater at 24th and Mission Streets in San Francisco. DMT’s mission is to continue the movement arts legacy of the location by engaging diverse Bay Area communities and artists in the exploration of contemporary social issues by creating, producing, presenting, and teaching feminist and multicultural dance and theater.

Birth of a Homogeneous Community
It’s hard to imagine the space at 24th and Mission as anything other than the DMT. But with the rapid gentrification of the area with its high-end housing, upscale retail, and expensive services, and consequent displacement and destruction of existing communities, especially low-income communities of color—it’s a very credible scenario. (See MeganWilson)

In the past, the owners of DMT’s home at 3316 24th Street used to offer Dance Brigade a five-year lease at a time. Most recently, Dance Brigade was offered a single-year lease with a $2,200/month rent increase, roughly $25,000 increase a year.

“When you lose access to property to make your ideas and have a place to live that isn’t the majority of your rent, you lose creativity, you lose community, you lose wholeness, you lose diversity, and you lose the heart and soul of what made this area so incredible,” says Keefer.

“Valencia Street, Union Street, Hayes Valley—it doesn’t matter,” she adds. “There’s an identified consensus on what’s development and what’s serving the population. It all looks the same. It looks like an upper class mall. It’s a corporate mentality takeover. Even if the individual restaurants aren’t corporate, there is a corporate look and feel to the aesthetic. Is this really the culture we want to live in?”

DMT recently joined Calle 24—made-up of various community organizations and Mission businesses including mom-and-pop restaurants, panaderías, an auto body shop, and record store—to collaborate and rally around the planning and development along 24th Street. Calle 24 has identified its own institutions that have been gobbled up by the expansion of the boutique and restaurant culture. 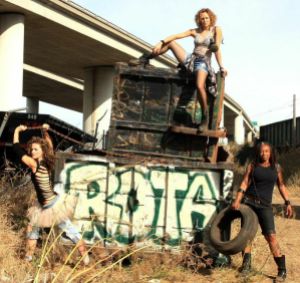 At the Intersection of Arts and Politics
In the wake of San Francisco’s current evictions and community displacements, Dance Brigade presented the installation Hemorrhage: An Ablution of Hope and Despair, which captures the current crisis in world affairs by focusing on the connection between global warming, war, racism and the continued attack on the rights of women. Using the Mission as its backdrop, it shows womanhood exiled from the city and evicted from homes.

“Everything Krissy does is political!” says choreographer and performer Allan Frias, who’s been teaching at the space for about 20 years, from back when it was called Third Wave. “She is very inspiring. She inspired me to do a dance show a few years ago about people in prison and police brutality,” says Frias.

“They’ve assisted me with my productions and with writing grants,” he adds. “They’ve don’t turn their backs on people, especially those with low income. I treat this place like home. When I die, I want to be buried in a coffin in Studio Three.”

DMT serves a diverse group of Bay Area artists, master teachers, audiences, and students of all backgrounds. Many female artists, artists of color, and culturally specific ensembles consider it their artistic home. DMT offers affordable theater and rehearsal space for low-income communities, plus artist development programs and dance instruction for adults and youth. 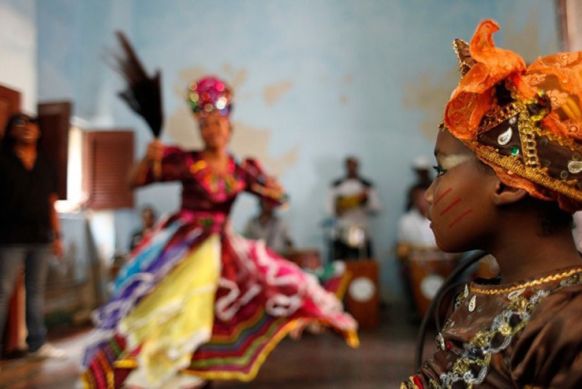 Stella Adelman, DMT program director and theater manager, was born and raised in San Francisco’s Mission District and is one of the lucky ones who still lives there in a rent-controlled apartment. She first set foot in the space in the 1990s when it was Third Wave, and her mother took lessons from Haitian dance teacher, Blanche Brown.

“I got tired of being dragged along to watch and one day I decided to dance,” says Adelman. “Like most of us here at Dance Mission, once you’re in, you’re in for life. The community here is real. A lot of times people try to make community. I don’t think it’s something you can set out to make, per se. It’s something that has to be authentic and has to come from a heart.”

About 400 youth, ages two to 18, and about two thousand adults come to DMT on a regular basis to learn world dance forms. Its productions bring in 15 to 18 thousand people per year. The city should be investing in cultural centers like the DMT, which empower a community. And if the city doesn’t, the people will.

Dance Mission has collected $10,000 in donations thus far. To donate now, please visit dancemission.com. Christine Joy Ferrer is the web and design editor for reimaginerpe.org and contributing editor of Race, Poverty & the Environment. She is also the founder of eyesopenedblog.com. Interviews transcribed by Daniel Salazar.